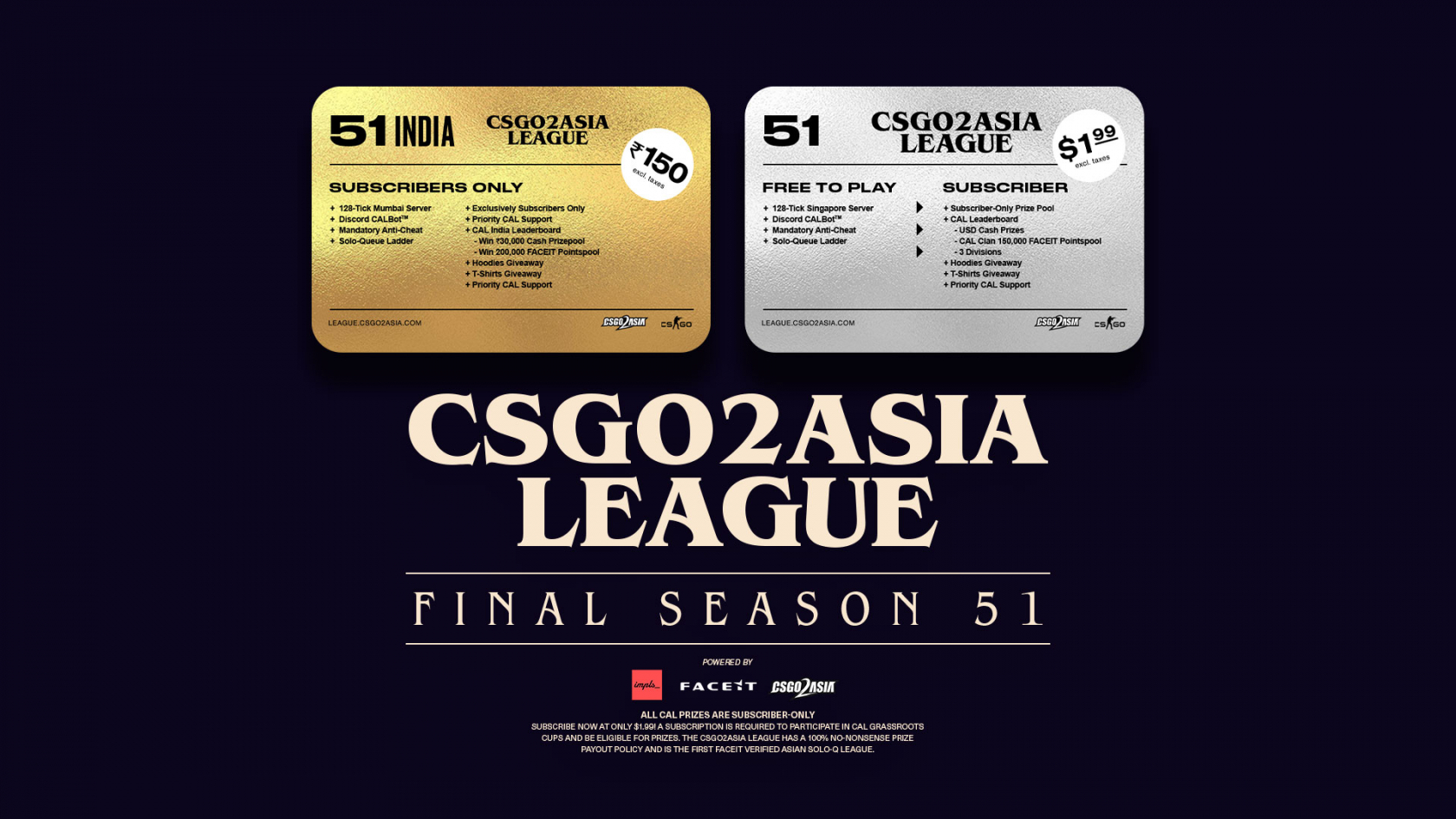 As part of our three-year anniversary, we're excited to announce that FACEIT is launching Indian servers exclusively for CAL's brand new Indian Divisions. To add to that, we're going to be offering all the things that make CAL great; prizes, tournaments, and a regulated playing environment with admins, moderators, and a reporting system to combat toxicity. Join today!

Your subscription supports the growth of the entire Asian CS:GO scene

Our inclusive multi-division league with the opportunity to rise the ranks—get noticed!